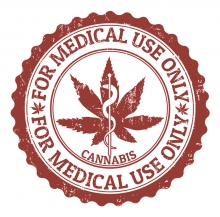 Components of the marijuana plant may have medicinal properties. That is not the same as “medicine.” Medicine is made when a laboratory extracts the medicinal compound, standardizes it (meaning that it will do the same thing every time), and doses it (a standardized amount the doctor prescribes).

The term “medical marijuana” is often applied to the whole unprocessed marijuana plant or its crude extracts, which are not recognized or approved as medicine by the U.S. Food and Drug Administration for any illness.16

Because marijuana is sometimes marketed as a medicine, perception of the drug has changed. But the basic facts about marijuana haven’t changed just because it’s marketed as a “medicine.” And while the debate over legalization presses on, legal does not equal safe. Cigarettes are legal but there is no debate about the fact that smoking is a health risk. Alcohol is legal but look at the number of people battling alcohol addiction or illnesses associated with alcohol abuse.

The use of marijuana significantly impairs judgment, coordination and reaction time—all skills needed to drive safely. Marijuana is the second most commonly psychoactive substance found among drivers after alcohol.17

Marijuana users are 3 to 7 times more likely to have a car crash.17