E-COURSES
The Truth About Synthetic Drugs
0%

Welcome to The Truth About Synthetic Drugs

Thank you for enrolling! You’re about to see videos and read material that will give you the truth about synthetic drugs so you can make your own decisions based on facts, not opinions or someone else’s ideas. You can track your progress through the course, and every time you sign out, you can pick up where you left off when you sign in again.

There have been many instances of users experiencing violent, psychotic and life-threatening episodes after using “Bath Salts.”

Effects on the Mind:


Effects on the Body:

The harm caused by Bath Salts can be long-term and permanent, including:

A 2013 study found that one of the main substances used in Bath Salts, known as MDPV (3,4-methylenedioxypyrovalerone), was highly addictive—possibly more so even than meth (methamphetamine), one of the most addictive drugs around.7

Bath Salts were linked to nearly 23,000 emergency department visits in the United States in 2011.8 Another study in the Midwestern United States found that more than 16 percent of patients sent to hospital emergency rooms due to Bath Salt abuse were in critical condition or died.9

The adverse effects of MDPV can last as many as six to eight hours after use; it has been reported to cause prolonged panic attacks, psychosis and deaths. 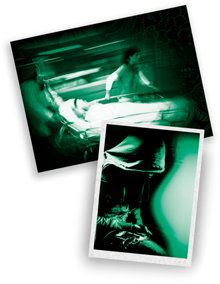 THIS PRODUCT IS POISON

“This product is poison… After the first hour I started to feel the cocaine-ish comedown that grew increasingly worse. The left side of my chest began to tighten and my heart was beating faster than ever… Paranoia set in… I was very close to requesting hospital treatment, but I waited it out. I would get better, a little worse, back and forth, but eventually after 3 to 4 hours I was feeling thankful to be alive and sober… The reports of people dying, or going to the hospital ARE NOT BULL***T… This is dangerous poison that some scum is making cash off of in the most evil of ways.” —G.F.

DO NOT USE THIS STUFF.
MY HEART STOPPED BEATING.

“I am an experienced drug user who experimented with more drugs than I have fingers. [Bath Salts] are more dangerous than crack. The comedown was the worst experience of my life. It lasted 9 hours. Nothing but fear, heart palpitations, jitters, severe nausea, and everything coming and going a million miles an hour. It was terrible. Because of this experience I will never use drugs again. I am lucky to still be alive to warn you. STAY THE HELL AWAY FROM THIS …” —E.W.